Lindfield Learning Village is a progressive new K-12 comprehensive school located at the former Ku-ring-gai College of Advanced Education site in Sydney, Australia. The school has attracted widespread interest for its innovative approach to education and is one of the three schools profiled in the recent documentary New School, which presents the challenges of 21st-century education and explores the importance of design in generating productive responses. Although students are one of the primary users of schools, they rarely have the opportunity to contribute to or provide feedback on the design of their learning environments. This guest blog offers a perspective from a Stage 3 student who recently joined Lindfield Learning Village.

Lindfield Learning Village is located on the site of the former William Balmain Teachers College (Sydney, Australia) which originally opened in 1971. It later became the Ku-ring-gai College of Advanced Education followed by the University of Technology Sydney, before being acquired by the NSW Department of Education in 2014.

This year I started at a new school, Lindfield Learning Village. Now it wasn’t all sunshine☀️ and rainbows🌈 but I got there in the end. LLV is the most hands-on school I know and I like that about it.

At the moment we’re in groups called Pods or Beyonds. Each Pod has a Learning Guide and they guide (hence the name) you through the year. The teachers are less like stereotypical teachers and more next generation, by this I mean more evolved, enhanced and adapted for better.

They have no rules where others might have them. Such as you call the teacher by their first name, you don’t have to ask to go to the bathroom, you just have to tell your guide when you go, you have no fixed desks and there is a couch. Also you can sit anywhere, on the floor, under a desk, at a desk and on the couch. Its stage-not-age, in your pod there are a few different year groups in each pod.

You’re allowed to eat non-messy food in class and you don’t have to put your hand up, you just have to wait until no one else is speaking. The reason for the no rule about eating is because some jobs don’t tell you when it’s time to eat so you should get into the habit of working out what you need. All of these rules or should I say no rules make it feel more normal.

We have masterclasses (which means we only focus on just one skill) and pop ups (which mean that if you don’t understand something you can ask a teacher or a student and if they understand it they can run a mini-lesson to teach you). Campfires are a big semi-circle of couches where you relax, re-group, listen.

The first two weeks were just orientation but we did lots of fun stuff. We did archaeology where there was a fake skeleton in the dirt. But there were little things hidden there like coins, animal teeth and bones, fancy pottery and gold jewellery. I found a sticker that goes on fruit at the supermarket, it said Aussie.

We had to question everything, could something have fallen in there? We had to piece them together to discover who this skeleton was, where they lived, what gender, if it was a monarch or a peasant. We got a glove (just one because they were short on them) and a paintbrush (to dust the skeleton). It was so much fun because you got your hands dirty. In fact sometimes I would dig with my non-gloved hand instead of my gloved one. Afterwards when it was all done the Learning Guide supervising us would explain where all the items came from. I found a Japanese coin, a gold salt, pepper and herbs holder and the Aussie sticker.

One afternoon we went to the Makerspace. The Makerspace is an area where you “make” with recycled materials but after you’re finished making you have to put all the materials back so they can be used again. They don’t use glue, scissors or sticky tape so we use plasticine to put things together.

We also did JAM (Jefferies Academy of Music) and tried out all the different instruments including flute, clarinet, saxophone, trumpet, trombone, oboe, electric guitar, guitar and drums. After lunch JAM put on a concert for us and it was amazing, they played punk music. Two people had even been on the popular tv show The Voice!

Another one of my favourites is maths because it’s based on the Winter Olympics. We chose a sport (I’ve chosen bobsledding) and we’re using design thinking (Empathise Define Ideate Prototype and Test) to develop a fast bobsleigh that can easily turn.

* This is not actually how a real school day is structured but all this happened in the first fortnight.

Our next blog LLV Life Part 2 offers insights into the processes which have contributed to the successful development of this school. If you would like to hear how the rest of Mika’s first term at LLV went read her next blog shared on the LLV blog site.

Mika Kirk is a 9 year old Year 5 student at Lindfield Learning Village in Sydney, Australia. She likes cats 🐾 and drawing.

One thought on “LLV Life (Part 1): A student’s perspective” 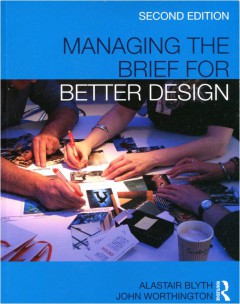